Because of the painstaking research of the engineers, it is now possible to carry out infrastructural development work of various designs of houses and drinking water with modern technology at a low cost. The Institute of Engineers (India) inaugurated the 13th Annual General Meeting of the Tripura State Center at Pragya Bhavan in the capital on Saturday.

Speaking on the occasion, Minister Sushant Chowdhury further said that the real reflection of the word mission is when any project can be completed ahead of time by setting specific targets for implementation in mission mode.

The state also needs to work for transparency in the provision of drinking water connection from house to house to Prime Minister Narendra Modi’s dream of the ‘Jal Jeevan a Mission’ project and ‘Har Ghar Jal’ slogan. The government will not indulge in any kind of irregularity in this work. The Department of Drinking Water and Sanitation has to work in mission mode to provide drinking water connection from house to house. Minister Shri Chowdhury said success will surely come if we work in mission mode. The state government has taken initiative to provide door-to-door drinking water connections in the entire state by December 2022. There is no problem with money. Now the task of providing drinking water connection in every district and village in every district is ongoing.
He said the problem of drinking water remains in the country. People in remote areas in particular still suffer from water shortages. In many villages, people still have a long way to go for drinking water. While the country has taken a few steps forward in the path of technology, this water problem is of considerable concern to the government. So such an initiative has been taken through the ‘Water Life Mission Project’ to solve that problem quickly. 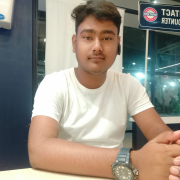 Calling on intellectuals to maintain peace and harmony in Tripura